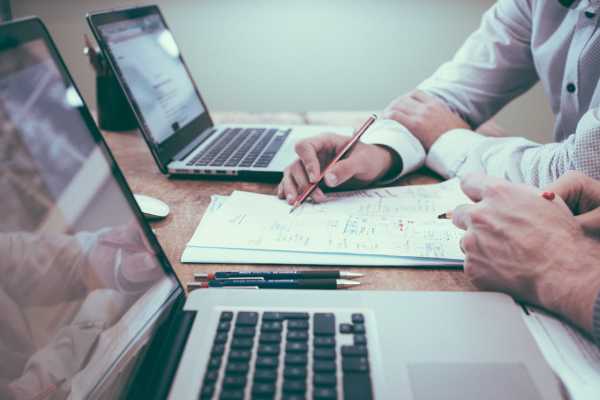 It is a sad reality of family law that people will do everything they can to protect their own financial interests and that includes fraud. Whether it be mysterious bank accounts, cars being sold for $20, or businesses suddenly having tons of debt and no assets we have to always keep our eyes peeled for one party not playing by the rules. In Gerow v. Covill, 192 Ariz. 9 (Ct. App. 1998), the Arizona Court of Appeals dealt with a spouse who had closed shop on his own small business after a divorce was filed, but suddenly became president of his sister-in-law’s small business with a similar job and clients. The Court also analyzed “goodwill,” and how it can be divided up in divorce cases.

FACTS OF THE CASE

Bruce Covill and Ann Gerow were married for twenty years in 1994 when the couple filed for divorce. At the time of the filing, Bruce was self-employed as a web consultant helping companies deal with the world’s newest fad: the Internet! Business was good. Within a few months of the divorce, however, Husband had left self-employment for a new company started by his brother and sister-in-law, Jeff and Ann Covill (let’s call her “Sister-in-Law,” to avoid confusion). The company, Cyber, relied heavily on clients Bruce had served when he was a self-employed consultant, and Bruce was now Cyber’s president and managing day-to-day operations.

Bruce would argue to the trial court and Court of Appeals that Ann had no interest in any portion of Cyber because the small business was created after the couple filed for divorce and was wholly separate from his self-employment during the marriage. Ann disagreed. Her argument was that Bruce had essentially re-fashioned his consulting job into a new small business and formed it in his Sister-in-Law’s name in order to deny Ann assets derived from Bruce’s self-employment during the marriage. Cyber was the product of Husband’s self-employment and “goodwill” from the marriage, and therefore Ann argued she had an interest in Cyber. The trial court agreed with Ann and awarded her a substantial interest in Cyber. To understand why, we have to understand the concept of “goodwill” in small businesses.

REVIEW OF “GOODWILL,” AND THE COURT’S DECISION

The concept of goodwill is elusive. Arizona case law defines goodwill as an intangible asset that is responsible for the profits of a business. The first, and most important, thing to know about goodwill is that it is community property in the state of Arizona. Any goodwill developed during the marriage is an asset which the other spouse has an interest in. Most commonly, goodwill comes in the form of a business owner’s skill, knowledge, experience, and clients. As these things grow in value so too does the value of the business. Here, the Arizona Court of Appeals ruled that Bruce’s goodwill constituted a substantial portion of the value of Cyber. Cyber was conceived during the marriage, used Bruce’s clients from his self-employment during the marriage, and evidence indicated it was owned in Sister-in-Law’s name as a method to avoid counting it as community property. As a result, Wife was entitled to a substantial portion of Cyber, and the Court of Appeals upheld the trial court’s decision.

It’s important to note, that as elusive as the concept of goodwill may be there are some clearly defined parameters. College degrees and certifications are NOT goodwill property. Clients gained after divorce is filed are also not goodwill property. Goodwill is tricky, and it varies from case to case and even from judge to judge. If you own a business or feel as though your skills, expertise, and client base are substantially contributing to a business’s value, then expert counsel is a must. Citadel Law Firm can help. 480-565-8020.

Another way to address issues similar to this scenario is to work with an estate planning attorney to have the right instruments in place to manage your estate as a couple. In addition, working with a divorce attorney from the beginning of your divorce can help you receive full compensation from your divorce.