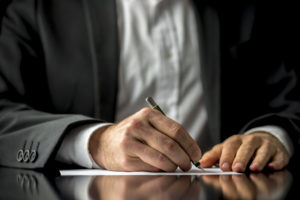 When someone is appointed as a power of attorney (POA), they receive significant power over someone else’s property and finances. Sometimes, unfortunately, the wrong person is chosen as a power of attorney and can be found to abuse this power. A donor is the person who has authorized another person to act on their behalf. If you are interested in becoming a donor and designating power of attorney authority to another, it is important to do it in such a way that the potential for any abuse is minimized. Consider scheduling a consultation with a Chandler, Arizona power of attorney lawyer who is part of the legal team at Citadel Law Firm PLLC. Our experienced professionals can help you to achieve this critically important goal.

Types of Powers of Attorney

Durable: A durable POA could either be general or limited, however, it stays in effect once the donor has become incapacitated. If the donor became incapacitated without a durable power of attorney, the court would have to assign someone to represent them as a conservator or guardian. The donor’s death is when a durable POA ends.

Attorney’s Duty to the Donor and Abuse of Power

The “attorney” under a POA has legal obligation to listen to the direction of the donor or to act in their best interests. The attorney will need to act in a trustworthy manner and make decisions that are most consistent to the decisions the donor had made previously. If you consult an experienced Chandler, AZ power of attorney lawyer to draft your POA properly, the risk that an attorney would abuse his or her POA authority will be minimized, as our firm has extensive experience drafting these documents in a thoughtful, effective way.

What Can Be Done?

If there is evidence that the attorney has abused the power of attorney and the donor still has legal capacity, they can revoke the POA. However, if the donor is incapacitated, there are other ways to stop the abuse:

In the event that you suspect that a POA already in effect is being abused, please contact an experienced Chandler, AZ power of attorney lawyer for assistance.