No-Fault Divorce: What to Know?

The term “no-fault divorce” is one of many terms that floats around the casual conversation about divorce, but what does it mean and how can it affect the outcome or terms of a divorce? Does it mean either party is absolving the other of any wrongdoing? Will it affect a person’s ability to receive spousal maintenance, or to make certain arguments in child custody disputes? Simply put, no fault divorce in Arizona is the law of the land and isn’t something that should be viewed as putting a case for custody or spousal maintenance in danger. This article looks to provide clarity on the topic.

What is a no-fault divorce? 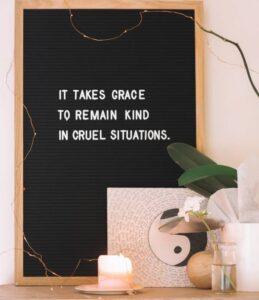 What is a fault-based divorce?

In Arizona, the better question is “what was a fault-based divorce?” The regime of fault-based divorces is, for the most part, dead, with very limited exceptions. In an older time, all divorces had to be fault-based, meaning there were very specific arguments that had to be proven to get a divorce. These commonly included adultery, physical or emotional cruelty, fraud, or even infertility and impotence. Times have drastically changed. The reason why is simple: no fault divorces are much, much easier to manage. In a fault-based divorce spouses would almost certainly have to hire attorneys and go through the process of digging up dirt and establishing for the Court evidence of wrongdoing. The process takes longer, was more expensive, and was frequently ugly. For these reasons, in Arizona at least, fault-based divorce is more or less a dead concept.

Is there anything that can be done to fight a no-fault divorce?

Ultimately, no. Arizona law provides very little opportunity for a spouse to fight a no-fault divorce claim. If the objecting spouse states under oath or affirmation that the marriage is NOT irretrievably broken, then the Court will order a hearing and could order a conciliation conference. However, if the spouse seeking a divorce stands firm in their argument that the marriage is irretrievably broken, then the Court will inevitably order a dissolution. Arizona law gives the objecting spouse a brief window to seek conciliation, but nothing more.

Does this mean I can’t raise certain arguments in my divorce?

No. Even if two spouses sign an agreement from the very beginning stipulating they both want a no-fault divorce, this will not be seen as an admission that the other spouse did nothing wrong. The Court will still hear evidence relevant to the case that establishes one spouse did something wrong entitling the other spouse to a remedy. If a spouse commits marital waste, fraud, domestic violence, or has been distant or emotionally abusive to their spouse or their children then these arguments could be weighed in distributing property or making child custody determinations. Receiving a no-fault divorce should not be seen as cutting off any avenues in a case. The Court will still look at all relevant evidence of wrongdoing.

If you have questions about divorce that you need answered, give Citadel Law Firm a call. 480-565-8020. We’re here to help. Our Chandler Divorce Attorney Michael Albee will be pleased to help you.

Our Family Lawyer Chandler will have the right attorney to help you if you need an lawyer to deal with your potential divorce situation. We are proud to help our clients and our reviews show. Schedule you free consultation today by clicking here.