Living in a community property state, like Arizona, means married couples not only share their income, home equity, and successful investments, but also their debts. Most debts accumulated during the marriage will be an obligation for both spouses, and therefore courts must split up debt just as they would any other asset. One case, In re Marriage of Birt, 208 Ariz. 546 (Ct. App. 2004), required the Arizona Court of Appeals to decide how to respond when one spouse declares bankruptcy shortly after a divorce. Without some sort of rule or remedy, this tactic would essentially allow for the spouse who declares bankruptcy to saddle their ex-spouse with 100% of the community obligation. 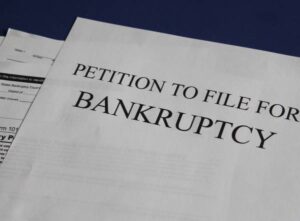 Facts of In re Marriage of Birt

John (“Husband”) and Judith (“Wife”) Birt were divorced in April 2002 in what seemed to be a fairly straightforward dissolution. Judith and John split most of the debts from their marriage, with the exception of a loan John secretly received from his parents, right down the middle. Judith received the couple’s marital home but was required to reimburse John for his half of the interest in the home. John, as sometimes happens in divorce actions, was extremely unhappy with the court’s distribution of assets and debts, and believed it was a step toward financial ruin for him.

Two months after the divorce was finalized, Husband filed for bankruptcy discharging approximately $125,000 worth of community debt, owed by both Husband and Wife, and made Wife solely responsible for Husband’s portion. Wife was now responsible for an additional $60,000 worth of debt, apportioned to Husband in the decree, due to his bankruptcy filing.

Wife, obviously unsatisfied with the new circumstances, moved to modify the divorce decree. Although the decree was intended to be final in April 2002 when it was entered by the Court, Arizona Rules of Civil Procedure Rule 60(b)(6) allows for individuals to be “relieved” from final judgments for “any reason justifying relief.” Generally, Courts prefer to leave final judgments as final; however, the Arizona Court of Appeals had to determine if a situation like this justified reaching back into the final divorce decree and making changes in the name of fairness.

Ruling from In re Marriage of Birt

The Arizona Court of Appeals ruled in favor of Wife, and decided in these exceptional circumstances, where one spouse files for bankruptcy shortly after a divorce is finalized in order to avoid the decree’s consequences, the court can vacate parts of the original decree and provide relief to the non-bankrupt spouse. The Court made clear in their opinion that reaching back in time and modifying final judgments, such as a finalized divorce decree, was not a normal or preferred action for the Court to take. There is a strong preference for cases to remain final after they are decided. However, to not allow for parts of the original divorce decree to be vacated and changed would be to allow the bankrupt spouse to abuse a loophole and saddle their former spouse with substantial community debt in the blink of an eye. There would be a permanent path to completely undermining family law courts and their decision-making authority.

Therefore, the case was sent back down to the trial court where that court was instructed to vacate all parts of the divorce decree that affected spousal maintenance, property allocation, and equalization payments. The lower court was also instructed to consider whether spousal maintenance payments were appropriate given these new circumstances, or modification of child support payments. Essentially, the lower court was instructed by the Arizona Court of Appeals to re-open the divorce, in light of the bankruptcy filing, and determine how the Wife could be fairly compensated for the Husband leaving her with more than $60,000 of new debt after his bankruptcy. Since Husband was now unburdened from the debt contemplated in the first divorce decree, Wife would have to be compensated for carrying the debt in the second divorce decree. Any other result would allow Husband to completely undermine the authority of the family court simply because he did not like the result they came to.

If you are struggling with how to resolve debt, or split assets during a divorce, then an experienced divorce attorney Chandler, AZ may be just what you need. Call Citadel Law Firm, PLLC at (480) 565-8020 for help or click here to schedule your free consultation.
A divorce can also affect your estate planning, talking to an Estate Planning Attorney in Chandler can also help understand what needs to be done in relation to you estate planning as well.