It should come as no surprise that even a single act of domestic violence will significantly affect the outcome of a child custody dispute. When it comes to determining custody, courts are looking to do what is in the best interest of the child and that often means strict, harsh rebukes of a parent who has committed an act of domestic violence against a child or spouse. Hurd v. Hurd, 222 Ariz. 246 (Ct. App. 2009) sets the standard for how courts handle a child custody dispute when one parent has a significant history of committing domestic violence. We hope no one ever need the help of a Child Abuse Attorney Chandler.

Hurd covers multiple topics. On October 26, 2004 Elizabeth Hurd took her two oldest daughters to a hospital where they told an emergency room nurse they had been hurt by their father, Heber J. Hurd. Police were called to the hospital and told by one of the daughters that she had a sore back, which Elizabeth claimed was from being kicked by Herb. The other daughter told police her father had struck her in the face. 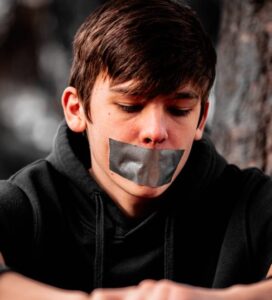 Elizabeth told police there was a history of domestic abuse in the family, and that Elizabeth had been too afraid to report that domestic violence up until that night.  Over the next fourteen months the entire Hurd family moved to Idaho where the two oldest daughters received counseling centered around trauma from witnessing abuse. Eventually, Heber moved back to Arizona and the rest of the family followed. Regrettably, things became even more tumultuous and Elizabeth finally filed for an Order of Protection against Heber protecting herself and the children. Heber responded to the Order of Protection by filing a Petition for Dissolution of Marriage (divorce).

The lower court in Hurd granted Elizabeth sole custody of all three children. The lower court explicitly found that it considered Elizabeth and the two oldest daughters to be victims of domestic abuse and child abuse based on the October 24, 2006 incident.  Heber was given supervised parenting time three days per week.

Heber appealed and the Appellate Court answered the question of whether courts have to weigh all relevant factors regarding the best interest of the child when there is a finding of a significant history of domestic violence, which Father argued they did despite the initial finding of domestic abuse.

What Constitutes a “Significant History of Domestic Violence?”

The Appellate Court in Hurd denied to set a hard and fast rule on the definition of a, “Significant history of domestic violence.” However, they did find it existed in this case. The lower court in Hurd had looked at police reports from October 26, 2004, plus testimony from Elizabeth detailing the marital abuse, a Child Protective Services report, a letter from the two oldest daughters’ social worker in Idaho, and more. There is no single definition of “significant history of domestic violence,” but the courts know it when they see it. The old saying applies - if it walks like a duck and quacks like a duck it is probably a duck.

The evidence in Hurd met the standard. Elizabeth was awarded sole custody of the children and no other factors that would normally be considered in a child custody dispute had to be addressed. When there has been a significant history of domestic violence or child abuse the Court will presume it is in the children’s best interest to not be placed with a parent who has a history of committing domestic violence.

Is there a history of domestic violence or child abuse in your marriage? Our Child Abuse Attorney Chandler from Citadel Law Firm, PLLC can help you. Call 480-565-8020 or click here to schedule a free consultation with a Child Custody Attorney Chandler.